For many, Villarreal’s season has been a huge disappointment. Despite a decent run in the Europa League, where they lost to Valencia in the quarter-final, their domestic campaign has been nothing short of disastrous.

At the start of the campaign, there were high hopes at the club of a place in European football again next season but the Yellow Submarine have been flirting with the relegation zone since August last year. With just two games remaining the club are not yet safe from the drop. If the club does avoid relegation they will have one player to thank especially, a player for whom being out there on the pitch is nothing short of a miracle. He’s the little magician, he’s Santi Cazorla.

After missing the entire 2016/2017 season due to knee surgery, Cazorla suffers another setback in May 2017. He is diagnosed with a torn Achilles tendon in his right foot. It’s been a familiar problem for the former Spain international. The bone marrow had reduced drastically. There was an eight-centimeter wound in his foot. His medical staff at the time even looked at the possibility of Santi never being unable to walk again without aid. An adios to ever playing football again was looking more and more likely.

His manager at Arsenal, Arsene Wenger, showed his tremendous support by offering the player a one-year extension to his contract, knowing full well the Spaniard would not be able to defend the Arsenal shirt. Cazorla’s past merits, completely justify the Frenchman’s gesture. Santi not only was an undisputed fan favorite at the Emirates with his own chant, he had been instrumental in two successful FA Cup campaigns for the Gunners. 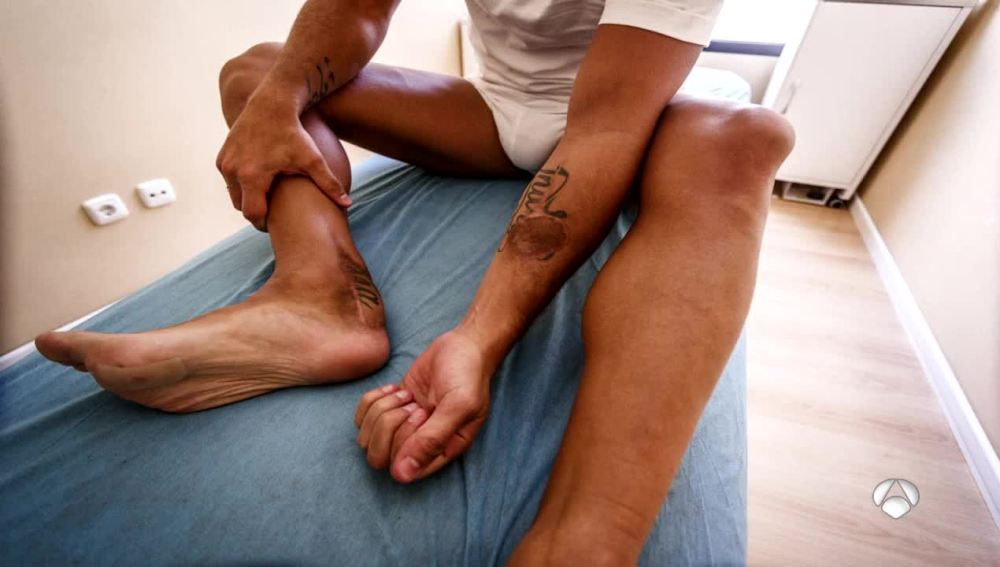 Cazorla returns to Spain to undergo a series of foot surgeries. Doctor Mikel Sánchez uses tissue from his arm and thigh to fill the gap in his tendon. A patch of skin with a tattoo dedicated to his daughter is now a vital filling for the tendon in his right foot. As Cazorla says in an interview in the Guardian, he is a walking “jigsaw puzzle”.

Santi Cazorla goes through a lengthy rehabilitation process in Salamanca. It wasn’t easy for the family loving midfielder to spend time away from those he loved. There were many lows and he thought about throwing in the towel on several occasions.

In the summer of 2018, his contract with Arsenal finally expired. Soon after he received the all-clear from his doctors. He decided he wanted to give football one last chance.

It made sense to return to where it had all started. Santi Cazorla rejoined Villarreal. His stand-out performances during his first spell at the club saw him receive his first call-up to the Spain squad. The talented midfielder became an integral part of the EURO 2008 winning team. That side laid the foundation for several years of Spanish dominance on the world stage of football. His return to the Estadio de la Ceramica was fit for a film. Santi’s unveiling went viral across the globe. An illusionist brought Santi out through a smoke chamber to the amusement and delight of the local fans.

Santi gradually rediscovers his best form. Assists and goals soon follow. He quickly climbs to the top of the LaLiga assist table. Two assists against Betis followed by match-winning performance against Real Madrid, with two goals, have plaudits calling for a call-up for the Spain squad.

With two games left to go his tally for the season is impressive 6 goals and 11 assists. The midfielder lost top-spot in the assist table to Lionel Messi and Pablo Sarabia but that doesn’t concern Santi or his teammates. Vicente Iborra confirmed his importance to the team following last weekend’s game against Real Madrid: “He is vital for us on and off the pitch. We have to cherish him because the longer he is here, the more he will give us.”

His comeback story serves as an inspiration not only to fellow footballers or athletes but to people from all areas of life. After all, we all want to believe in magic. Now Villarreal hope that the little Spanish magician waves his magic wand once again at home to Eibar and, if needed, away to Getafe in the final game of the season.

It would be the best news for Villarreal fans and us football fans who will be able to enjoy watching Santi Cazorla for at least another season in the elite of Spanish football.